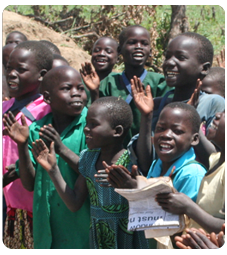 AYILA PRIMARY SCHOOL is situated in the Amulu/Gulu district in the North of Uganda just south of the Sudanese border.

The North of Uganda was caught up in conflict for 20 years in a brutal civil war at the turn of the century. The reign of terror was perpetrated by a rebel army called the LRA led by a man named Joseph Kony. Thousands of children were abducted from their families and forced to be child soldiers. They were subjected to unthinkable cruelty. Many people fled their homes in fear that the rebel army would come to rape, mutilate and kill them, and loot their properties. No one was safe.

The remaining children of the area settled in IDP (Internal Displacement) camps, where education was not available or was of very poor quality. It is thought that during the worst of the atrocities the number of IDP's in Uganda reached up to 1.8 million people.

Ayila school was started in 1993, and teachers tried to educate and assist the children through some of the worst times of the war. For more about Ayila Primary follow the link to the top right of the picture.

Ayila Primary School currently has 180 children attending Primary 1 to Primary 5. The school is owned by the community and to date they have donated 12 acres of land for the school.

The school has a bore hole which was donated by Unicef, but at the time of visiting the bore hole it did not work. The children stay at the school all day but there is no meal provided and yet the classes being taught run right up until the evening time from early morning.

The school is in the worst performing area in all of Uganda due to the recent conflict. It consists of very temporary structures with no walls and a simple grass thatched roof. There are little resources available for either the teachers or the pupils.

As a charity we love the idea that "many hands" can make light work! For one hour's work you can build a new school with solid walls, a roof that doesn't leak, and windows and doors to keep out the wind and rain.

All we need you to do is: 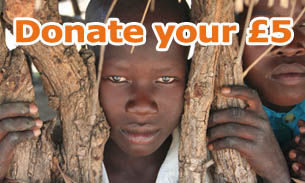